I was just about to get on the freeway when I noticed this silver plane taking off over me. I did not know what is was other than an old war plane. I saw it circling back to the airport so I went to check it out. They were having Vintage Days at Chandler Air Park. They had old card and plans. I say a P51 Mustang with a lot of Nazi kills on the side and a P64 along with others. The B-17 came in for a landing. How cool. I watched as an old guy got off and they were taking a group photo of his family. As they dispersed I when up to him and shook his hand as I thanked him for his service. I asked him if he flew the B-1? He said no he was a radio man. he said they got shot down over France and he had to walk out. His wife said they were married for 62 years. They had 4 generations of Chuck's there. His name was Chuck Roth. He also said they used to put watermelons in the rear machine gunners area and then take the plane up to 10,000 feet. When they came back down the watermelons would be frozen.

The photos aren't the best because they were taken with my phone.

I don't think Chuck knows it but he made my day!!!
Read More 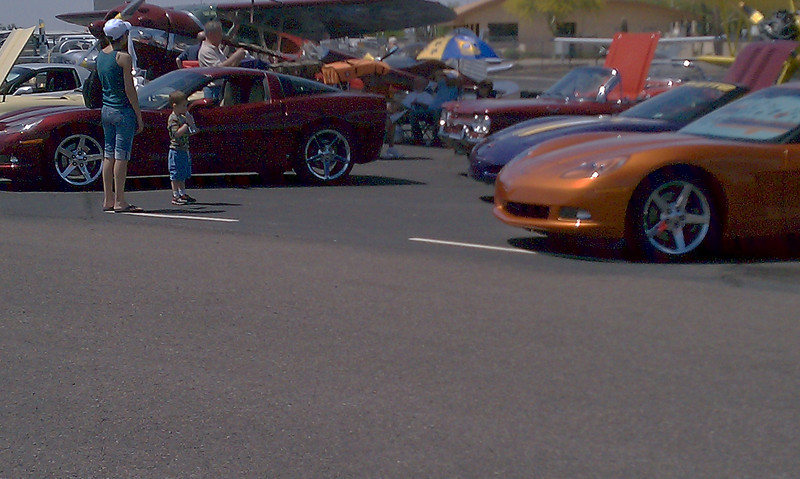